I would like to take this opportunity to thank Bloomsbury Children’s Publishing House. For giving Book Nerd Addict’s this great moment to express the fondness and gratitude of being on this tour and for Stealing Snow by Danielle Paige.

Today I’m excited to tell you which Villains are my very favorite. If you know me, you know that I love Disney anything.  I was born and raised in Portugal, in the country for that matter. I would wake up super early and work in my parents farm. When it was time for school I would hop on my bicycle and ride all the way thinking about all things Disney. There wasn’t many TV shows or toys like here and now. But there was the Disney channel. Disney was a very big thing in Portugal. I remember riding my bicycle, as fast as I could to try and catch latest show. All the way home I would think of all the movies and princesses, prince charming. But most of all I would think about the wicked Villains. As I’ve gotten older I’ve added more villains and its fun to see how my tastes had involved throughout the years. So today feels bittersweet, I get to reminisce about my young self and my favorite Villains.

Click picture to be directed to owner’s art. By Joshua Mattes

Joshua Mattes is one of many, great artist out there. Joshua Mattes like me loves Disney villains. So you can see why I follow him on Deviant Art. This piece is amazing in so many ways! I had to represent him, I mean how could I not? look at that art! 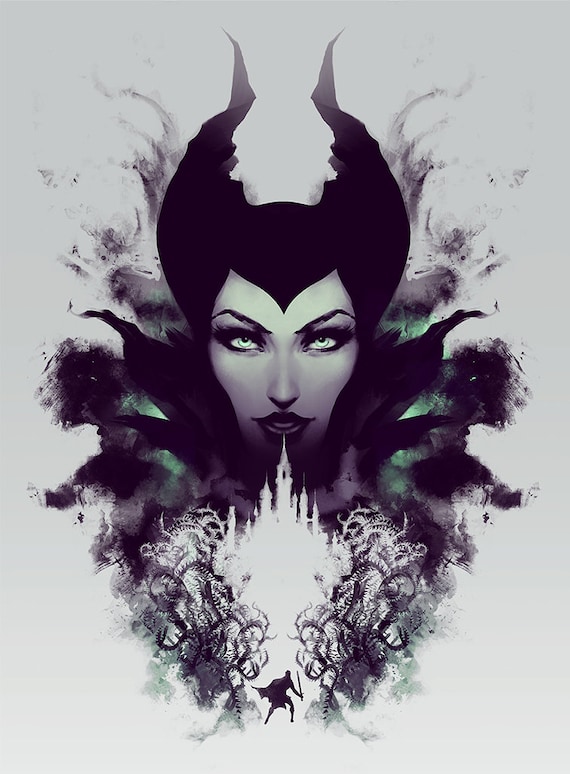 Click picture to be direct to owner’s art. By Jeff Langevin

Maleficent, Mistress of All Evil! When I was young I was so scared of her. But as I got old the more and more I liked Maleficent. When the movie Maleficent was released I was completely in love with her. You have to admit, you would become a villain as well if someone did to you as they did upon her 😦

The art beside the original picture is for sell at Esty.com By Jeff Langevin. If you or anyone you know loves Maleficent. This is a beautiful art piece.The holidays are upon us. *hint hint* lol

These images are not mine. They’re property of Disney. I do not claim the rights.

The Evil Queen was my very first villain. I love Snow White and the Seven Dwarfs, it’s one of my top 5 Disney movies. When ABC announced “Once Upon a Time” I literally screamed  lol. It was the news of the century ha-ha. Let me tell you. A show based on fair tales and they cast member Lana Parrilla as the evil queen? It was beyond great and the show is a hit on top of that. I couldn’t ask for a better Evil queen!

Click picture to be directed to owner’s art. By Joshua Mattes

Last but not least Ursula from little mermaid. I never liked her either but again as time went by the more I liked her. But now that I’m thinking, who did like the villains when they were little kids?What a silly thing to think ha-ha

Do you love Fairytale Villains?

What are you favorite of all time? Let me know in the comments.

Thanks so much for stopping by xoxo

Don’t forget to enter the amazing GIVEAWAY below and follow the tour. To see more wonderful posts and more changes to win!!!!